This blog post looks at the latest unit for my Polish Lithuanian Commonwealth army; another unit of Polish Haiduks.

In this earlier post (https://theviaregia.blogspot.com/2021/11/polish-haiduks.html) I described the background to these native Polish infantry. This unit is more of the same, with the figures also being from Wargames Foundry and The Assault Group (TAG) in 28mm.

I chose a different paint scheme this time, with this unit being based on a unit of Haiduks in the Stockholm Scroll. This amazing 15m long work of art depicts the ceremonial entry of the wedding procession of King Sigismund III and Archduchess Constance of Austria into Kraków on 4th December 1605. The picture includes many military units, including Haiduks. This needs to be used with caution of course as this is a ceremonial procession and not a battlefield. It is nevertheless very useful. There is a great Wikimedia page with details of many parts of the scroll here: https://commons.m.wikimedia.org/wiki/Category:Stockholm_Roll

This unit of Haiduks on the scroll have a nice dark blue uniform with a yellow lining on the outer coat. The figures in the scroll don’t seem to have braiding on their coats but as my model soldiers do, I have given them braiding in the same contrasting yellow. 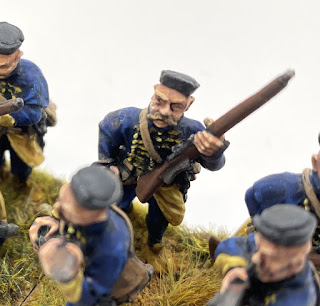 I painted the figures using the same approach as described in the previous post above. I think they’ve come out alright. I’ve added a casualty marker for the unit as well, using one of the handy counter bases from Warbases. 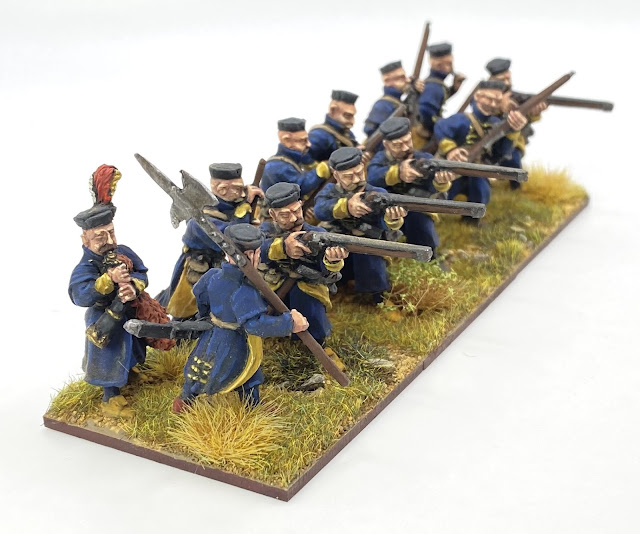 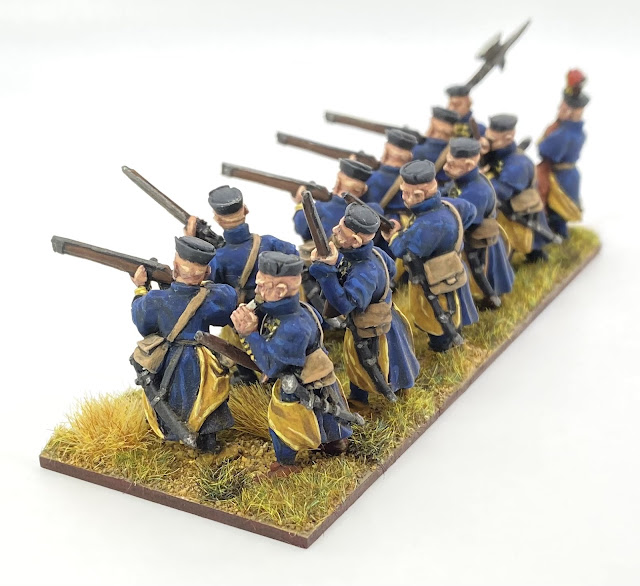 The scroll shows further Haiduk uniforms and so I will be trying these in the future. Next up, my Haiduks need some commanders.

Andy @ The Friends of General Haig.

This blog post looks at my latest unit of miniature Husaria.

Long term readers of the blog may remember that when I started the Hussars for my Polish-Lithuanian Commonwealth army I looked at three different manufacturers (see https://theviaregia.blogspot.com/2020/05/husaria.html). I decided at this point that the Warlord figures looked a bit later than 1620s period that I was aiming for, and were perhaps more suitable for the 1670s onwards. The units I’ve used so far have been from Foundry and TAG. Well, the thought of that box of Warlord Hussars sitting in my lead mountain had been a niggle in the back of my mind. Then the box was inexplicably joined by another! (Thanks, Phil!) This was too much to bear, and so I decided that I had to paint up a unit with the Warlord figures. 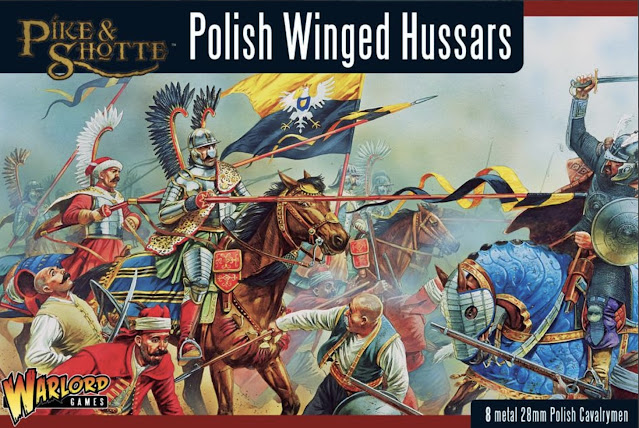 So here is a quick run down of the Warlord Games, Polish Winged Hussars box set. You get eight metal riders and eight metal horse figures in a box. As I form my cavalry in units of 12 figures I needed two boxes to make a unit, and of course three boxes will allow me to make two units!

As I noted before, the Warlord figures are in very dynamic poses. There are four different horses, all in different states of galloping forward. One of the horse poses looks a little odd to me, but once ranked up with the others it is fine. The horses all have nice ‘fancy’ horse furniture, befitting these noble units, and have pistol holsters and the long koncerz type sword  on the left side of the saddle.

There are six poses of hussars with lance, two at the charge, and the rest in various more ‘lance upright’ poses. There is also an officer figure, with two options for his right hand; either a sabre or a bulawa (a ceremonial mace). Finally there is a trumpeter. One of the lancer models can be used a standard bearer.

The figures come with a nice selection of separate wings, also in metal. There are three different designs, all of which are probably of the later types of design in which they curve forward. The hussar figures have been sculpted to allow one or two wings to be added either to the riders back, or to rear of the saddle. Wings attached to the rider’s back seem to be later and final design for carrying wings. I chose to use the wings mounted to the rear of the saddles, that are moulded as part of the riders. I avoided using the most curved wings, and also used some shorter, straighter wings that I had in my stash for a bit of variety. By using the less curved wings, and by saddle mounting them, I was in my mind at least, giving the hussars an earlier look. The hussars armour still gives them a look that suggests to me, later than the 1620s.

Warlord provided nice brass 80mm long spears for the lances. Hussar lances included a ball shaped hand guard. To represent this Warlord provide some small metal ball shaped hand grips in the set. These come with holes drilled through them which allow them to be mounted on the brass spears. This is a lovely touch and I have used this approach for all of my previous units of hussars.

With the variety of horses and riders, all in dynamic poses, fitting everything together took a bit of time. This allowed for some experimentation and a small bit of filing and filling to get riders and mounts to fit neatly, with wings added to the saddles. As I wasn’t using the back mounting points for the wings these needed to be filled with some green stuff. I also made sure that the riders who would be carrying lances had their right hands drilled out, although I would fit the lances later after painting.

Despite having the riders and mounts matched, I painted them separately. This requires a numbering system on the paint ‘handles’ to help match the correct riders to the correct mounts after painting. The figures were really nice to paint with lots of crisp detail. The horse tack is suitably fancy, and the hussars’ armour is also covered in a lot of detail. My humble skills could only go so far with this, but there is plenty of detail there to satisfy a really keen painter.

I glued the riders to the horses after they were painted. Before adding the lances I painted the lances and added the lance pennants. These are from Flags of War and the cavalry standard is from a set of free downloads on Jose Manuel Chasco’s site (see here https://www.anotherminiaturespainter.com/wargames/28mm-polish-renaissance-cossack-flags/). Warlord provide pennants and a flag as part of the information leaflet in the box, but I had already used the design they provide on a previous unit and I wanted these to look different.  With the lances on the figures it was time for my regular basing. (See https://theviaregia.blogspot.com/2021/04/husaria-from-ground-up.html.) 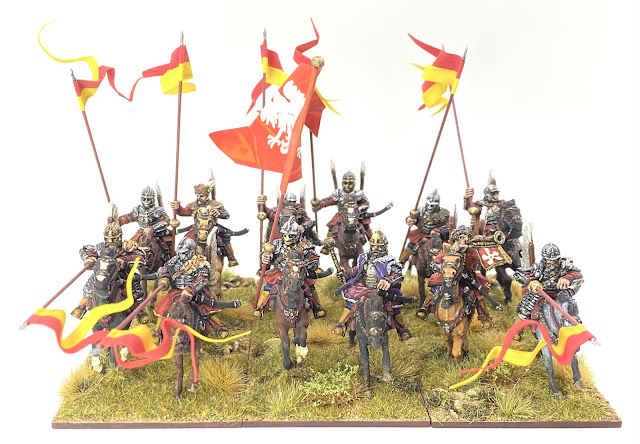 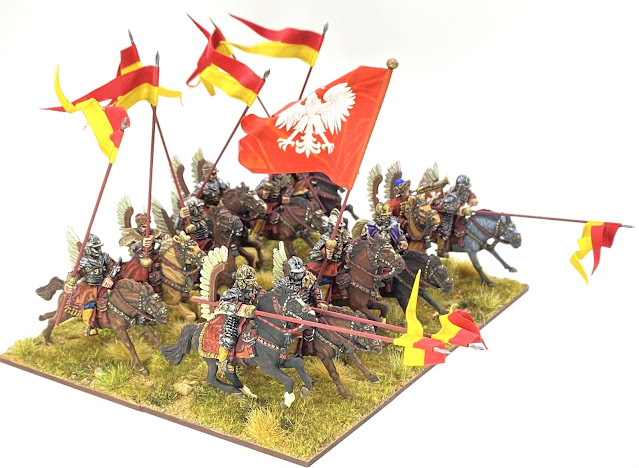 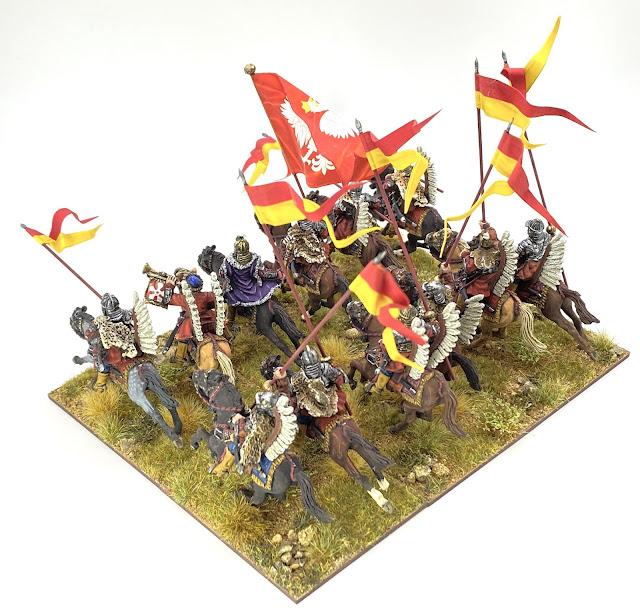 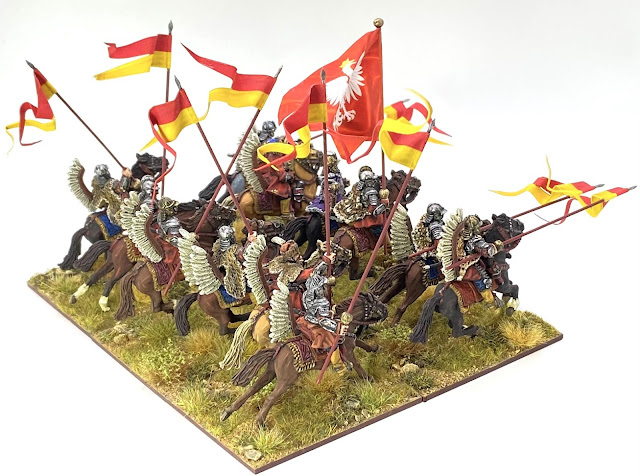 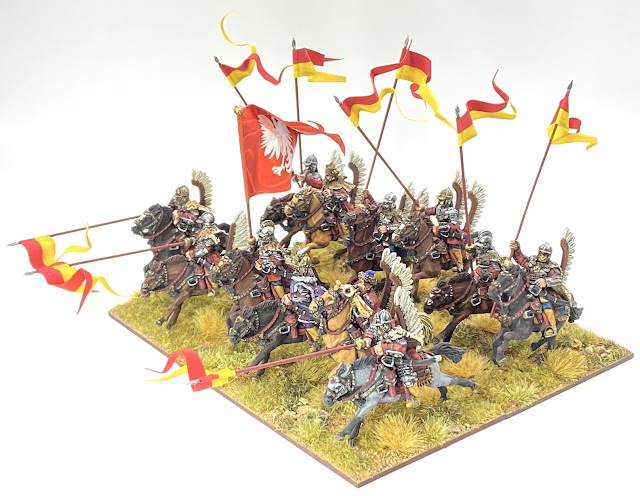 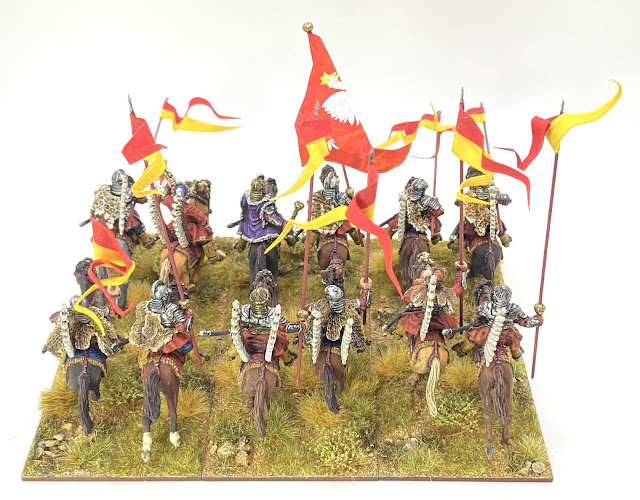 I am really pleased with the finished unit. Despite the button-counter part of me knowing these look a little late for my 1620s army, they may sneak on to the tabletop to join their earlier comrades; they’re just too nice not to use!