It is over a year since I finished my first unit of Croats (see here).  My latest units are a mixture of Warlord and The Assault Group (TAG) figures.  On this first unit the horses are all TAG and the rider are a mixture.  The flag is from Flags of War.

I now have three units of these light horse and so I've got enough Croat light horse for my Imperial force. These units will also see service as part of the new Polish army I am building for the war in Prussia during the 1620s.  The Polish 'Cossack' light cavalry had a very similar dress to the Imperial Croat light cavalry; not only were they all influenced by the Turkish and Hungarian models of dress favoured in Eastern Europe, but the term 'Croat' was used for all Imperial light horse whether their origin was Croatia, Hungary, Walachia, or Poland.  Indeed, some of the 'Croat' light horse at Lutzen were recorded as being Polish Cossacks.

The term Polish Cossack can be confusing in itself.  The Polish-Lithuanian Commonwealth referred to its own light cavalry as 'Cossacks', while 'Cossack' was also the term for the semi-independent people living in what is now the Ukraine and South Western Russia, who in this period typically fought on foot.  My Polish Cossacks will need a different cavalry standard, and also one or two men in mail armour and/or carrying a shield, just to add some Polish character to the units. 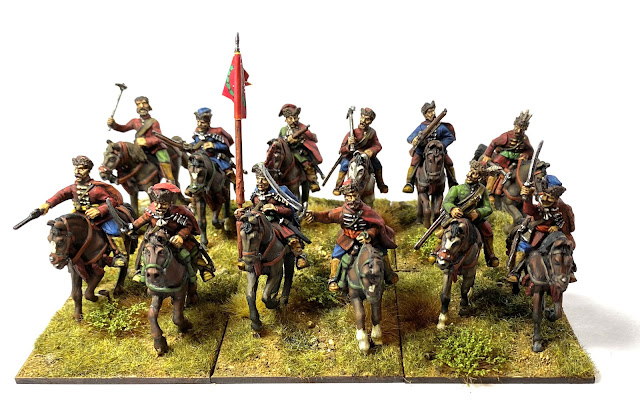 I've painted my Croat units with a mixture of colours representing their irregular nature and lack of uniform.  Based purely on wargamer’s fancy each unit has one predominate colour, that also matches the unit’s flag; in this case it is red.
The Croats are based on Warbases 2mm MDF 50mm by 60mm bases with a selection of static grasses on top of a mixture of sand, paint and PVA. 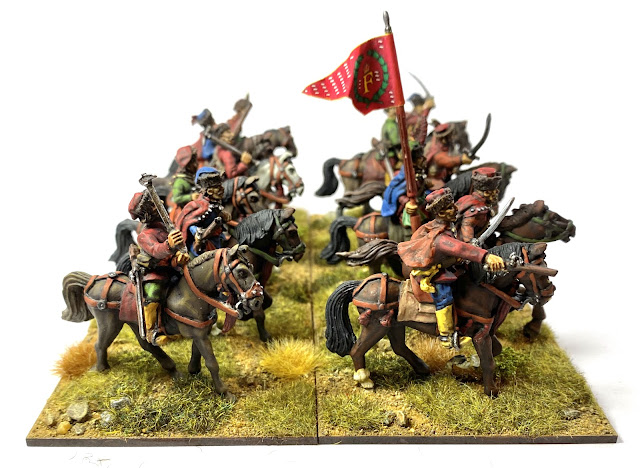 Here is the view of the Croats that a lot of my Swedish cavalry will be seeing - the sight of evading light horse, dashing out of harms way. 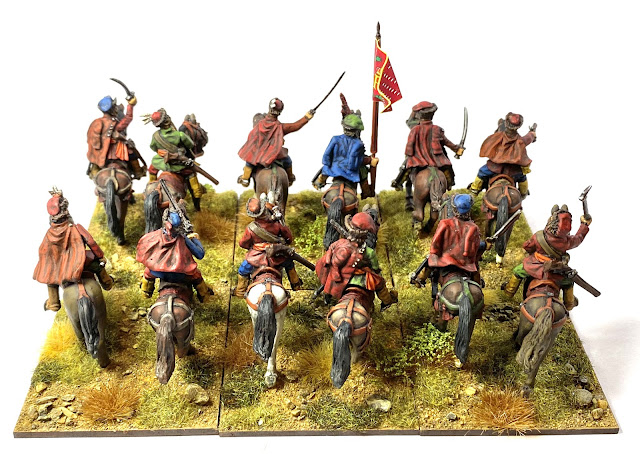 Here is a further unit of Croats that I finished a while ago.  These are themed in blue, and hopefully you can see the subtle shift in colours from the previous unit, while still presenting an irregular appearance. 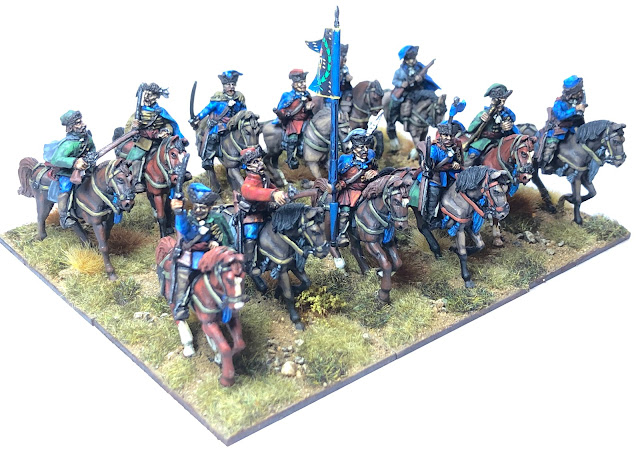 Another Flags of War cavalry cornet (cavalry unit flag) mounted on the ‘lance’ from the Warlord Pike and Shotte plastic cavalry box set. 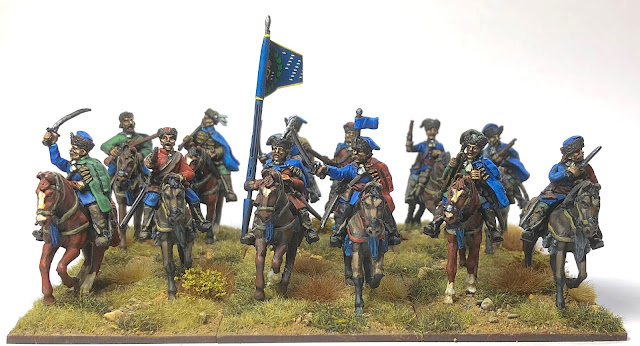 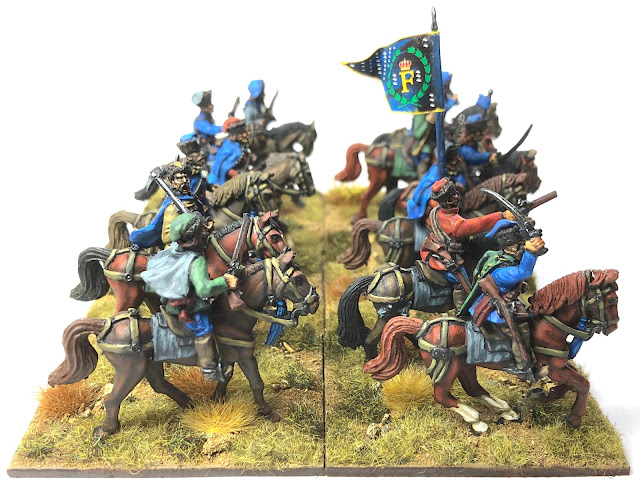 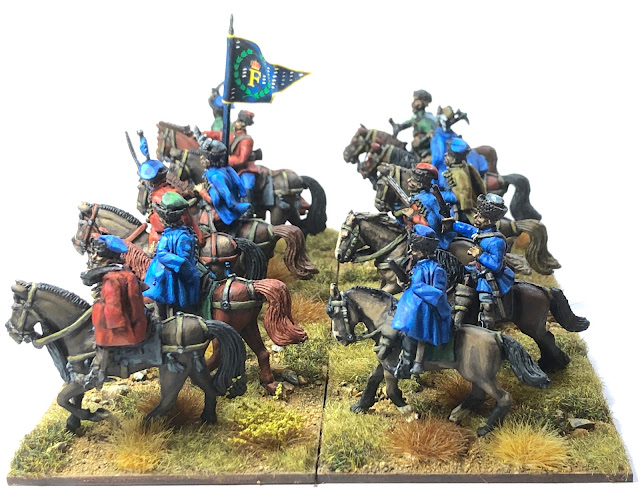 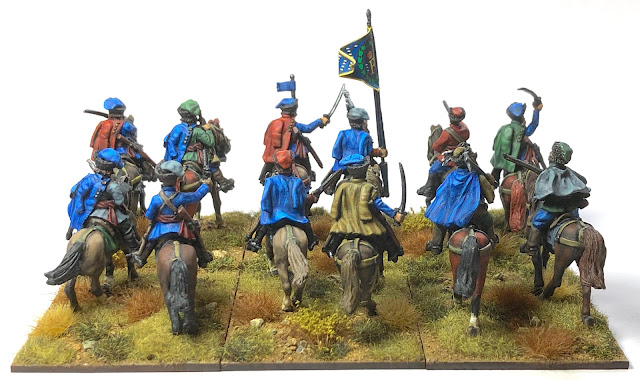 These were fun units to paint.  I like painting cavalry, although doing the horses do slow me down. I like the poses of the riders with their variety of weapons and costumes.   They will be expected to do a fair amount of skirmishing and so I’ve made sure to have some of the figures with carbines. The spare carbines in the plastic Warlord Pike and Shotte cavalry box come in very handy here where the figure doesn’t come moulded with a carbine.
I look forward to getting these new units on to the wargames table with my other Croats, and I’m sure my Swedish baggage is now extremely worried!
My previous post on Croats for Lützen is here link.
Until next time!
Andy @ FoGH.
at October 03, 2020