This blog post covers the third command stand for my Polish-Lithuanian Commonwealth force from the 1620s; this commander representing Mikołaj Abrahamowicz (or Abramowicz ).

Abrahamowicz was one the Polish-Lithuanian ruling noble class, who’s family came from Smolensk in the Grand Duchy of Lithuania. He was unusual in being a Protestant and yet well connected and influential in Royal circles in this predominantly Roman Catholic country.

By the later 1620s he was already a veteran military leader of some years experience.  He had been in charge of the Commonwealth’s artillery and was also associated with leading the ‘Foreign Infantry’ in the Army (see the entry here on the Foreign Infantry https://theviaregia.blogspot.com/2021/03/polish-lithuanian-foreign-infantry.html).

He is often listed as one of the commanders at The Battle of Dirschau / Tzcew in 1627, and so he seemed an interesting candidate as my third command base.  With his Protestant background and close association with the western style, Foreign Infantry, I thought it would be interesting to have Abrahamowicz represented with a figure in western style dress and equipment.  I picked Warlord Games’ ‘Sir Arthur Haselrig’ figure from my ‘pile of opportunity’, to use as the man himself.  This figure, sculpted wearing cuirassier armour, looks every bit the part of a well armoured general of the 1620s or 30s.  He looks as if he is shielding his eyes from the bright sunlight, and staring in to the distance to study some detail of the battle.  This pose looked like it would go well with a TAG dismounted Polish cavalryman that I had, who was posed pointing out some important detail.  The two figures together had a nice narrative to their poses, and would also provide both a western and a Polish touch to the base. 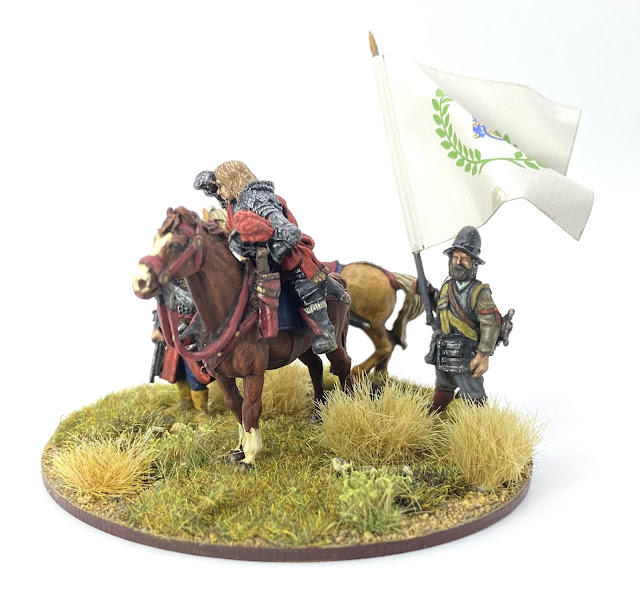 To finish off the base I used a spare Foundry horse to be the dismounted Polish cavalryman’s mount. I also added an 1898 TYW pikemen as an ensign to carry a personal standard for Abrahamowicz.  The standard is conjectural and another ‘nod’ to Abrahamowicz’s western influence.  The device on the flag is Abrahamowicz’s family crest, the white background representing a colonel’s colour, matching Abrahamowicz’s rank. 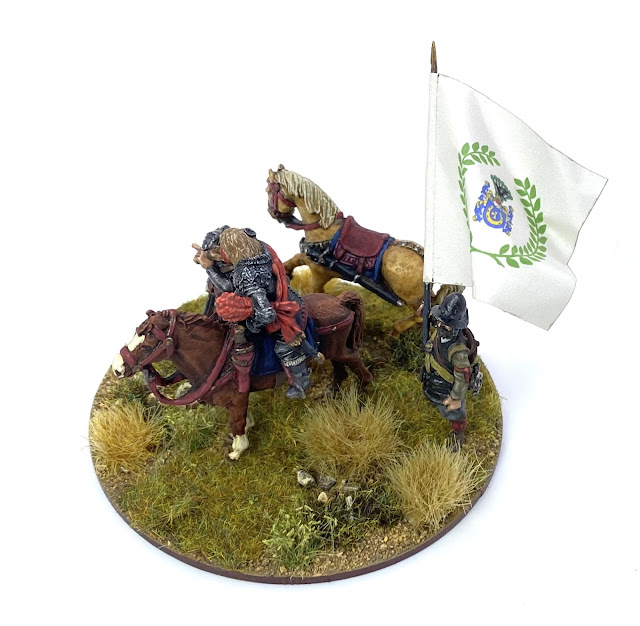 The figures were all really nice to paint; and it was great being able to lavish a bit of extra time on a command base like this one.  Although the figures are all metal there was very little work required to get them ready for painting.  The one bit of ‘fiddling about’ was the reigns on the Warlord horse.  The reigns are cast as a single piece under the horse’s head.  I could have probably left this, but ended up drilling this single piece of metal to form the two separate reigns. 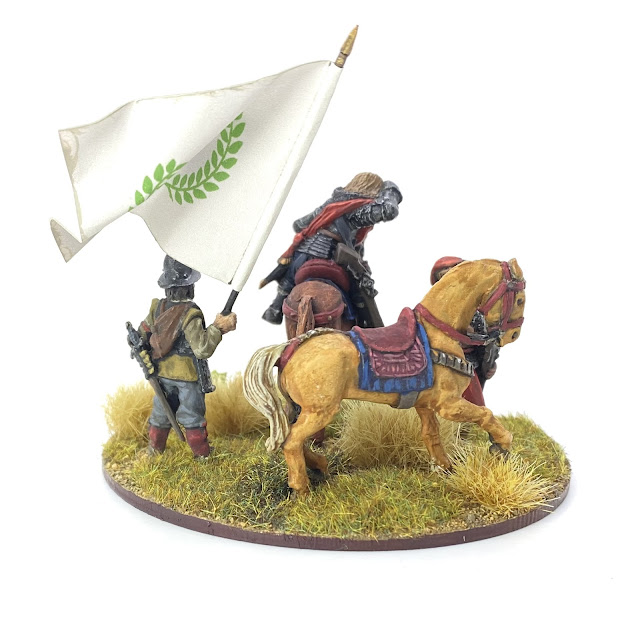 The resulting base makes a distinct commander for my Polish-Lithuanian forces, and I look forward to getting him on to the miniature field of battle soon.

Note.  The idea for Abrahamowicz’s style of dress, and his coat of arms, result from an email conversation with Michal Paradowski of the Kadrinazi blog, and author of two wonderful Helion books on the Polish armies from this period.  Thanks to Michal for the great thoughts and ideas, and any mistakes in the resulting base are purely my own! 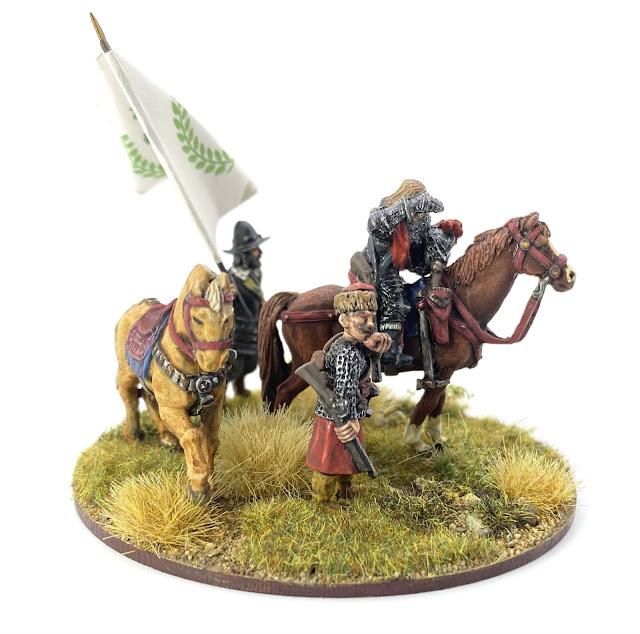 The next subject on the painting table will take me to the other end of the social scale but is no less fun to paint.
Until next time!
Andy @ The Friends of General Haig (FoGH).