“Gustavus then prizes one cossack banner that having had been assaulted and circled completely by the 4 Swedish cornets, yet despite having been in a tight corner, with such a valour in their midst was explaining itself with cold steel …” A comment on the Swedish King’s view following the Battle of Honingfelde/Trzciano 1629.

[UPDATE - Michal from the Kadrinazi blog makes an important note on this quote in the Comments section, so please check that out.]

These 28mm figures are from a mixture of manufacturers.  The riders are from TAG, Warlord and Foundry, with the horses all coming from TAG.  The figures have had some minor conversions, to add carbines, and other equipment, mostly from TAG with some bits from the Warlord plastic cavalry set. 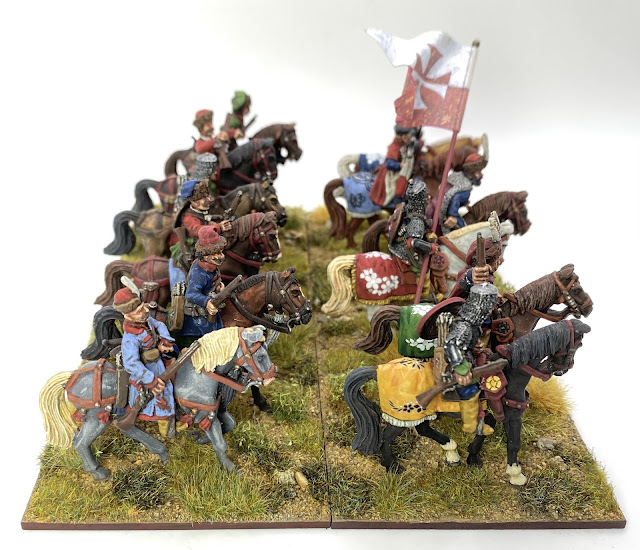 In a previous post (here), where I covered the previous unit of cossacks that I completed, I gave a description of this type of cavalry, along with the figures, conversions and the nail art stickers used in constructing them.

[UPDATE - Some of the links in the previous post no longer work.  The original place that I saw the nail sticker art used on figures is also here: https://www.anotherminiaturespainter.com/wargames/28mm-the-assault-group-polish-pancerni-cavalry/ .  I think Jose is an awesome painter and his wonderful Polish collection has been a real inspiration for me.] 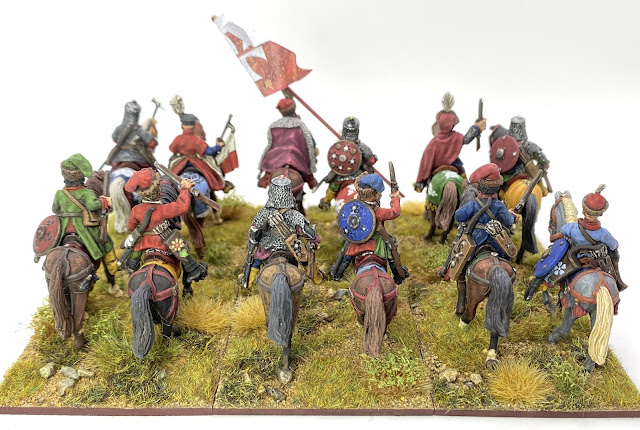 I have now used these cossack cavalry in a few games.  Here are the factors that I have been using for games using Warlord’s ‘Pike & Shotte’ rules.

For those not familiar with ‘Pike & Shotte’ these factors translate as follows (all comparisons are with the typical ‘harquebusier’ cavalry of the period, that makes up the majority of Swedish cavalry in the tabletop battles I have fought):

This combination of factors has seen the cossacks being most successful when either supporting the heavier Hussars, or operating on the flanks of the enemy formations.  They have been less successful when expected to take on frontally the Swedish cavalry. 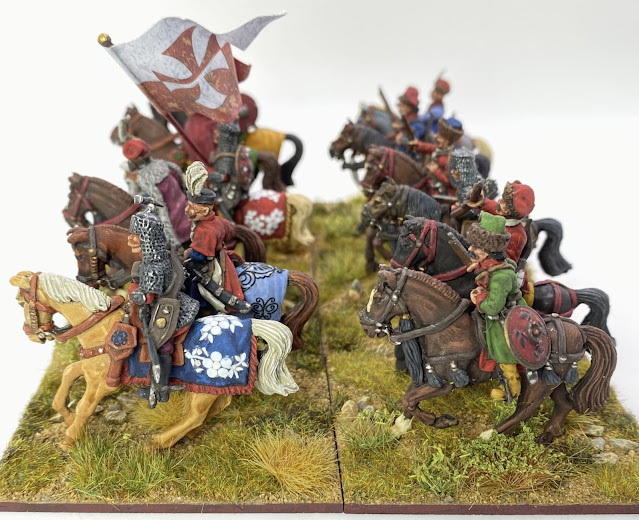 I’d be interested to hear about how other think the cossack cavalry should perform on the tabletop. 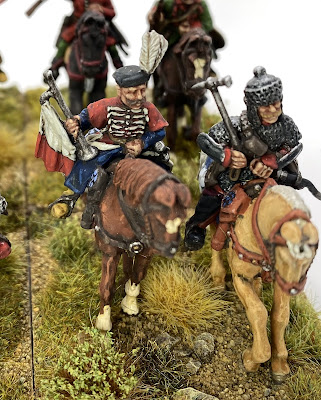 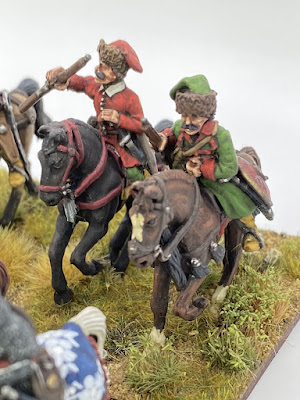 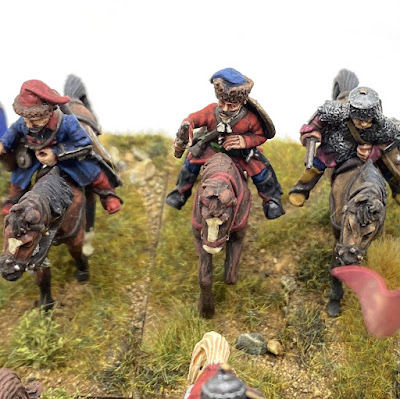 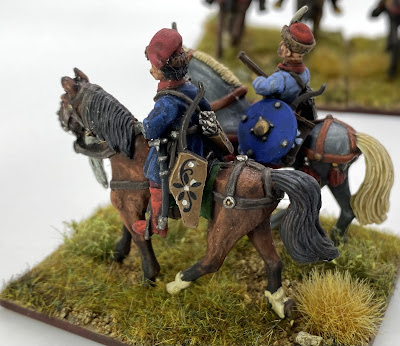 In the next post I will be looking at some temporary defences supposedly used by the Swedish troops in the 1626-9 campaign against the Poles.

Andy @ The Friends of General Haig.

Postscript. I wanted to share a snippet of information that is related to the Blogger platform, the service I use to deliver this blog, rather than related to hobbying.  Blogger does not get much love from its current owner (Google) and it can feel a bit limited in use.  It is even worse if you try and use Blogger with only a mobile iOS device. These limitations had grown much worse for me recently as I couldn’t make the Comments function work, either for my blog, or in other people’s blogs.  I found a fix today, almost by accident.  So here is my quick tip that works for me as of 29th May 2022.

First of all I use the Chrome ‘app’ / browser on my iOS devices to access Blogger.  In the past this has solved a lot of problems with Blogger; Google’s own browser working better with Google’s blogging platform.  The new tip is a cookie setting.  You need to go to iOS Settings and then look within the settings for Chrome.

From the screen snip above you can see that you need to switch on “Allow Cross-Website Tracking” which is in effect enabling third party cookies. This seems to fix the issue that I had been having with Comments in Blogger blogs, including my own.

I hope this helps someone else.  If anyone has any thoughts on this fix, or knows any other tips for using Blogger on a mobile device, then I’d love to hear them.

I have started looking in to Wordpress as an alternative for blogging but this fix has at least delayed my imminent switch!